« Better late than never ».
We finally took time to release the animated typeface we created for our video LOUD by Court-Circuit

All hand-drawned, it is already prepared to be used with Characteristic but there’s no obligation.

All you need to do now is pump up the volume to 11 and play with it ! 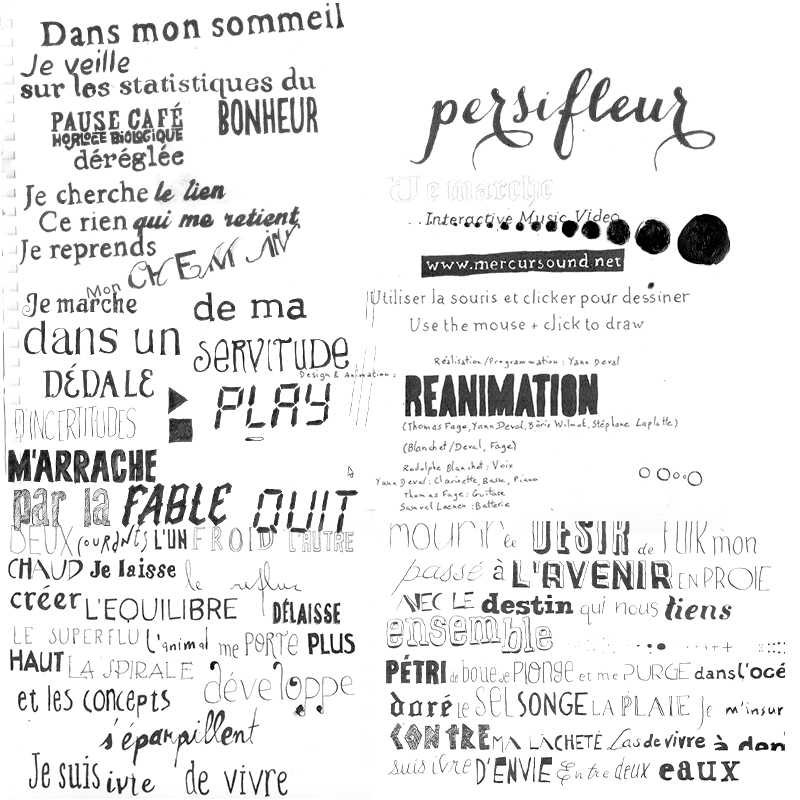 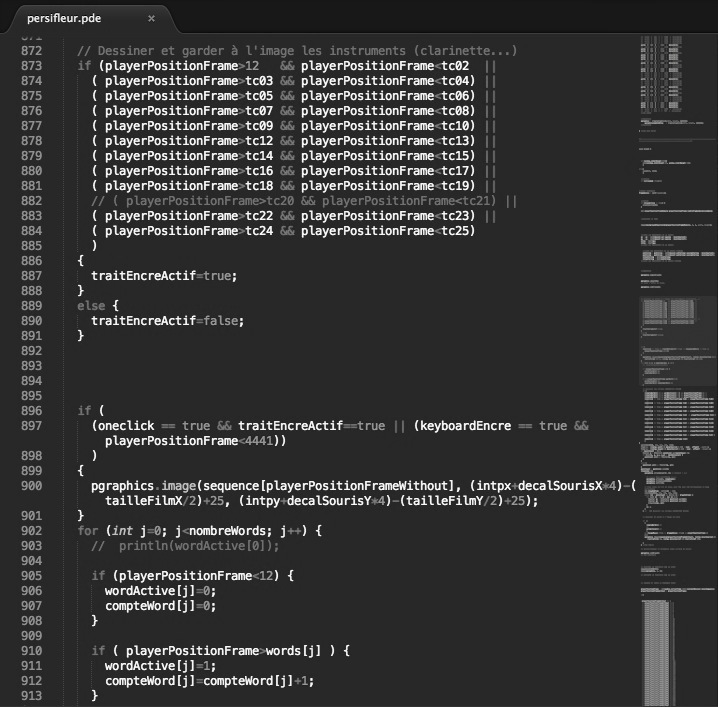 Reanimator Thomas presents a side project with painter Thomas Ivernel :
« Hypnotized » animation sequence, rotoscoping made out of 950 paintings on paper !
More infos here.

For this second serie, we made animations without any keyframes!

After a week of learning Pure Data at the Imal, Boris came up with this…. thing.

« It was a beautiful sunny week though!

I’d like to keep working on this, mainly on the sound part.
But also maybe to get something more random and more organic in the image.
And maybe some day make an app out of it! » 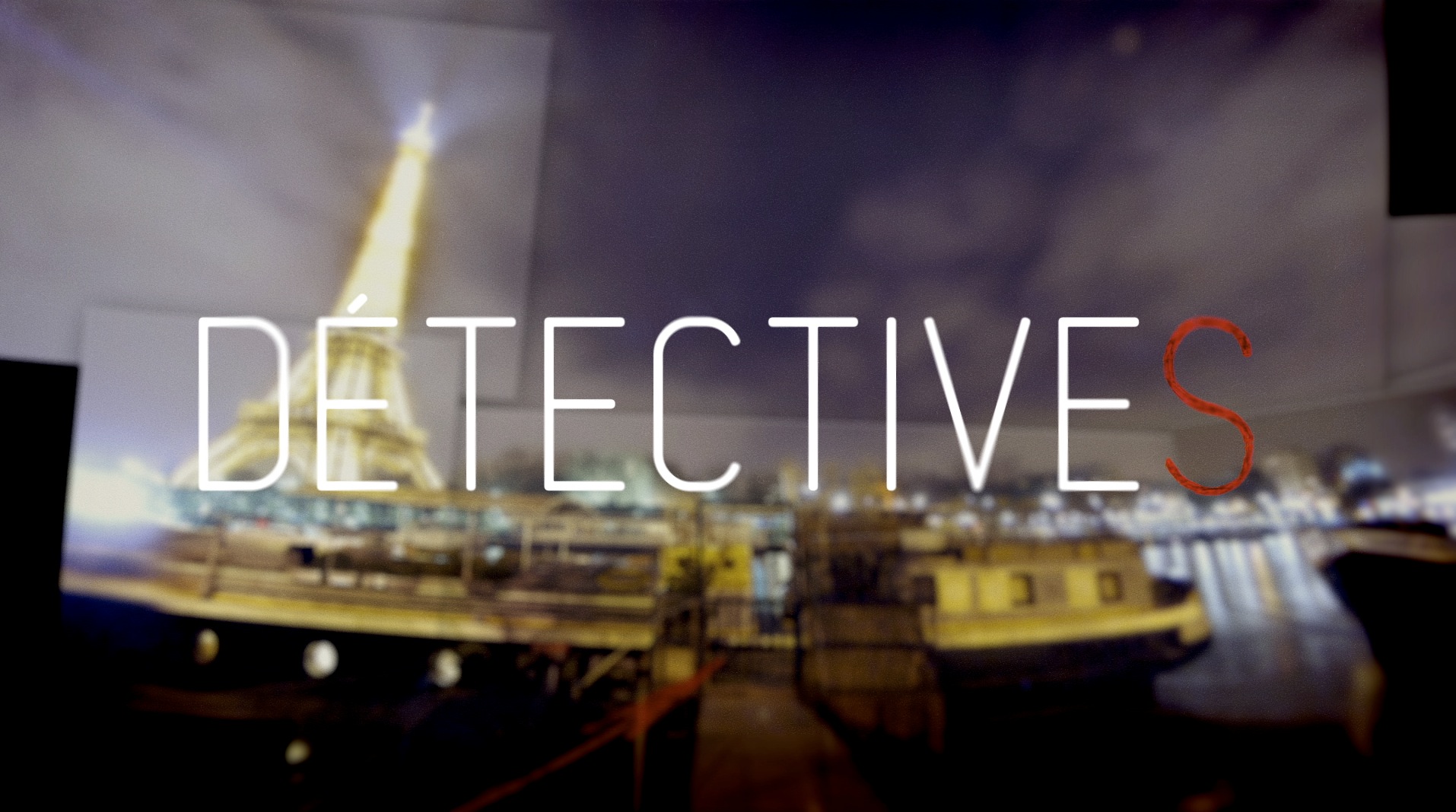 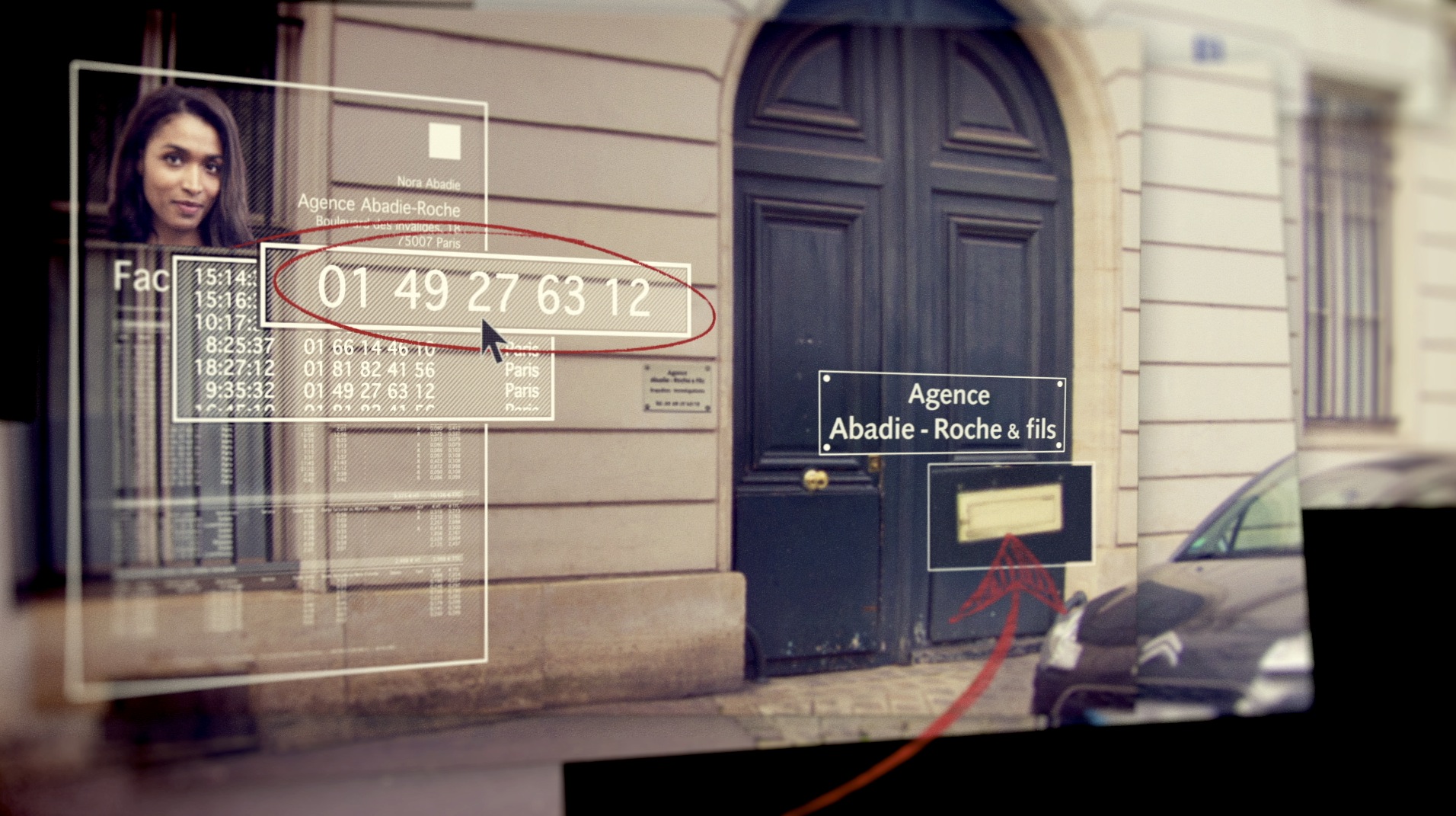 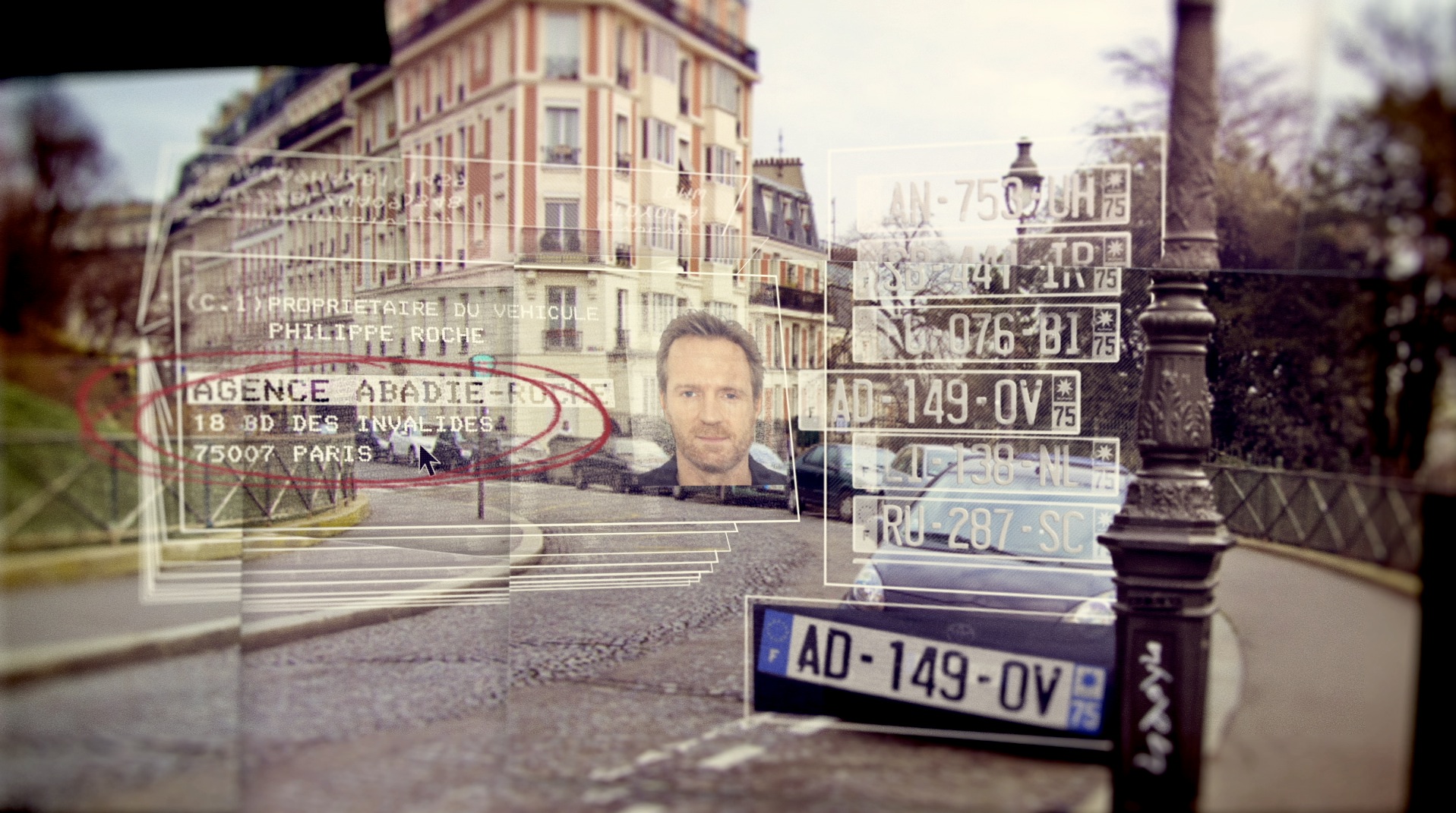 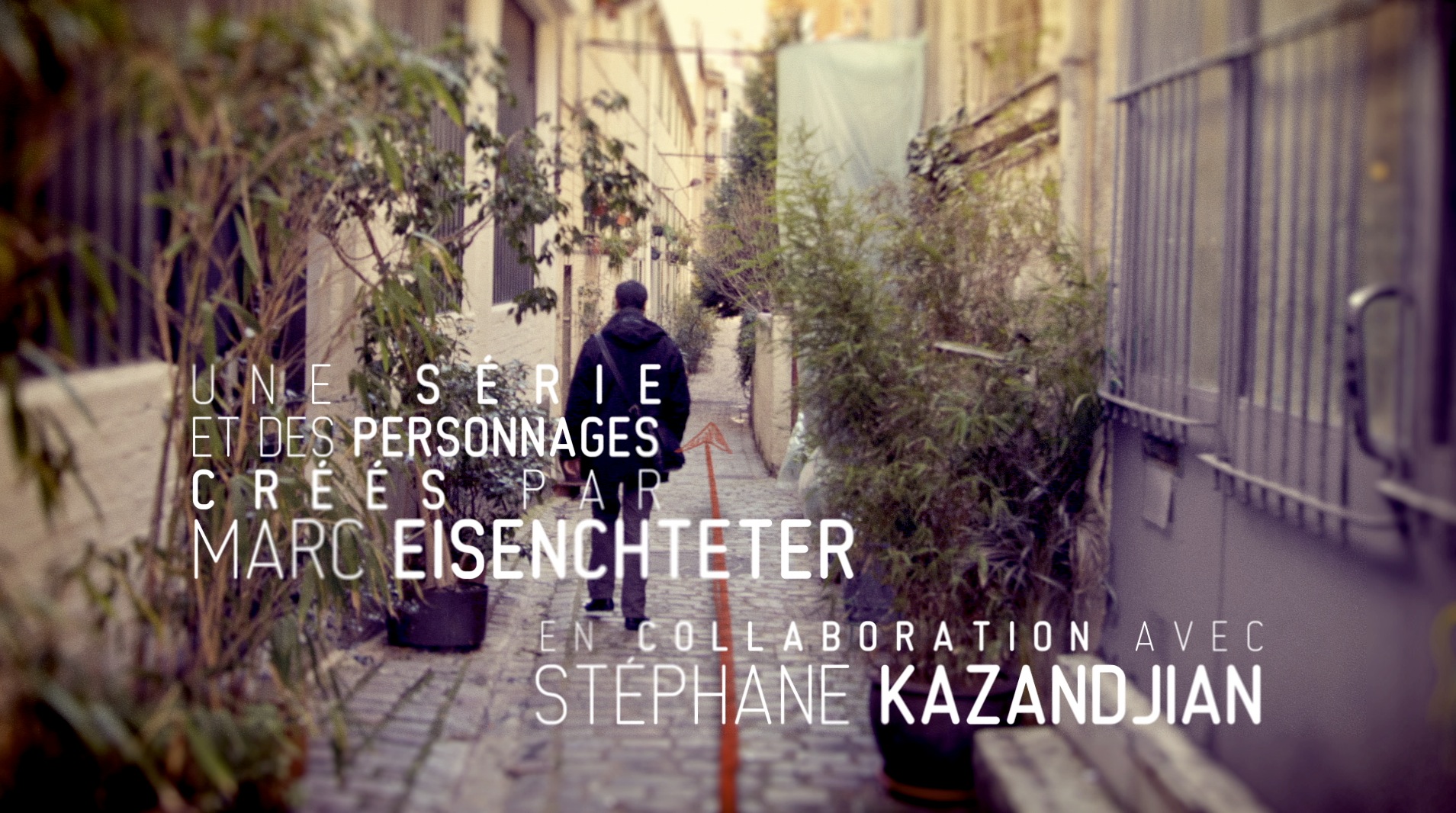 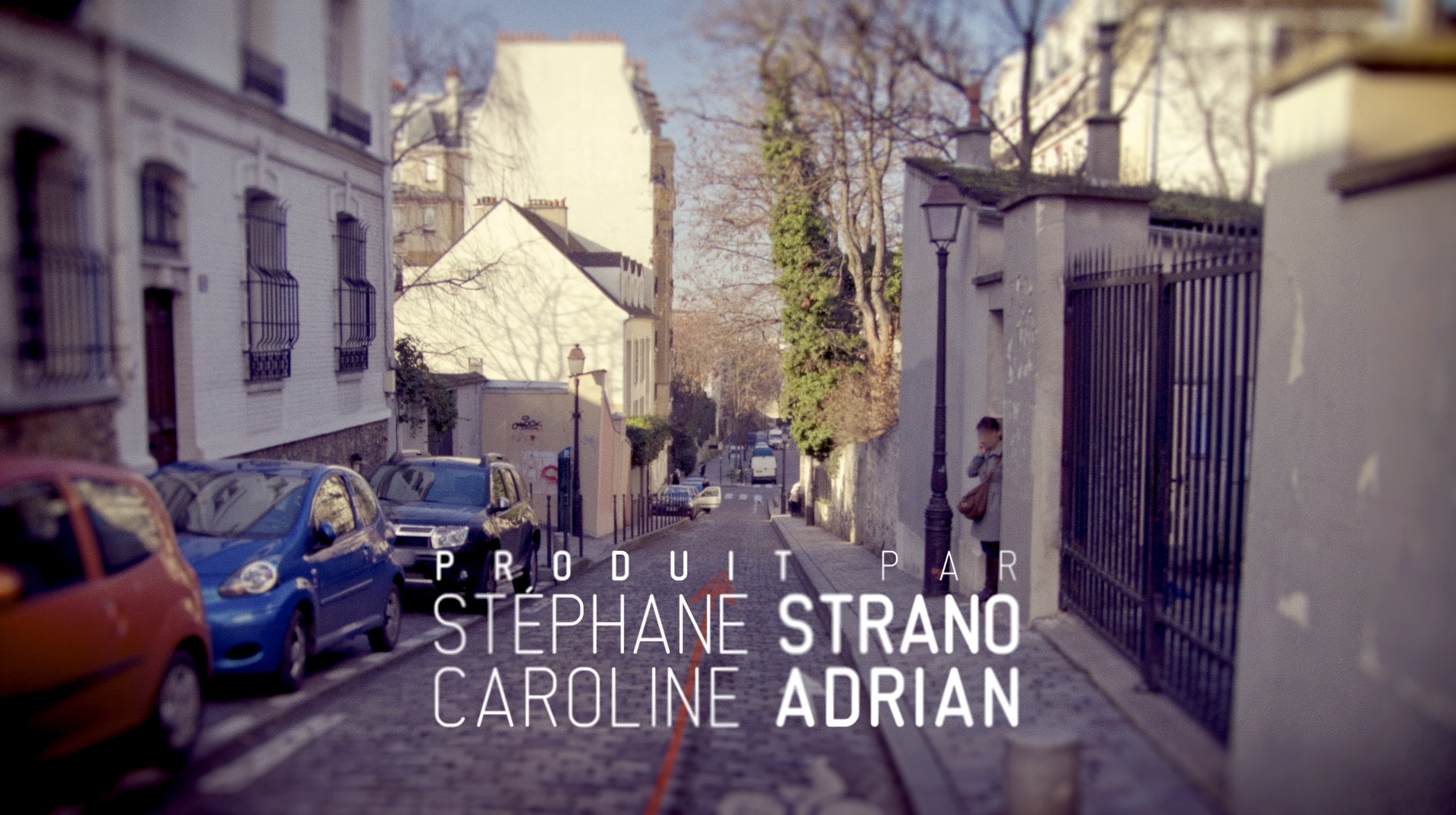 Yesterday was the airing of the documentary “Philippe Geluck, l’échappé belge”. A biography of belgian cartoonist Philippe Geluck.

The briefing was pretty clear : “old paper texture and a typewriter writing on it”.

Pushing things further, we decided to write down a whole alphabet with an old 1920 Continental typewriter we had, and use it as our font. Looking organic, looking dirty, just as we like it!

Now that the movie is out, we wanted to give away this material, for free, for others to use it. So here it is, a new KIT DE REANIMATION, with the scanned Continental alphabet, as well as some sound recordings of the machine!

For the first batch in march, we played around with the REANIMATION logo.

All videos were sound designed by Yann Deval.

A text preset. Comes with an .aep project for you to check out.

The idea is to have a text layer only with “g” in the “Webdings” font, to make the rotating squares.
In the example, to get this rectangle shape, I scaled the font 129% vertically and 70% horizontally.
And I pushed the tracking to 100..

And another layer, with a monospaced font. Then, you have to play with the characters size, scale and tracking to put each of them in the center of the squares.

In the example, I took the OCR font, with the same size as my webding font. I pushed the tracking to 50 but left both horizontal and vertical scaling to 100%.

You do the same animation on both layers, et voilà!
(Just be carefull that you need to have the same amount of letters on the square layer and the text layer, so just fill the blanks with spaces…)

Last thing I did in the example is to offset the “OCR” text anchor point, so my text is in front of the square shapes when they turn.